Alberta Chicken Producers is a farmer-run, not-for-profit marketing board that regulates broiler chicken production in Alberta.

All registered producers must follow national food safety and animal care programs, which are audited annually by third party auditors; and, they must maintain their certification under these programs as a condition of their licenses to produce chicken.

Alberta Chicken Producers license and register all producers, hatcheries and processors engaged in the production of regulated product in Alberta.

In addition to regulated producers, Alberta also provides an exemption limit of 2,000 chickens per year for individuals to raise and market chicken for the purposes of personal consumption, sale from farm gate, or sale at farmers’ markets within Alberta.

The 2,000 exemption is the highest in Canada; and Alberta Chicken Producers champions the size of the Alberta exemption limit nationally because it offers opportunity for producers to gain experience in the production of chicken and enter the industry.

Exempt chicken production is marketed through channels that are not competition for the regulated producers. We value the exempt sector and want to work with these producers, where and as appropriate, to ensure they are set up for success in complying with the regulations.

Alberta Chicken Producers also issues a Communal Group Quota to communal groups that wish to grow more than the 2,000 exemption. Communal groups wishing to access this production are permitted to grow up to 6,000 chickens annually for the purposes of personal consumption, sale from farm gate or sale at farmers’ markets within Alberta.  There are currently 74 communal quota holders in Alberta.

Despite what some critics may say, Alberta’s chicken industry creates opportunities for new entrants. Our industry is growing in terms of the number of producers and the volume of product produced, as well as in the number of farm, hatchery and processing operations.

Our farmers are committed to the care of their birds and to providing consumers with safe, high- quality chicken. Canada has some of the highest food safety standards in the world. In fact, 100% of our farms are audited and certified annually under On-Farm Food Safety and Animal Care Programs. By purchasing fresh chicken, you are supporting local farmers who are committed to safe, high-quality chicken. Our farmers are consumers as well.

Learn more about what we are doing to meet consumer needs 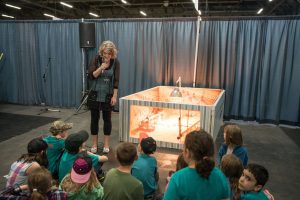 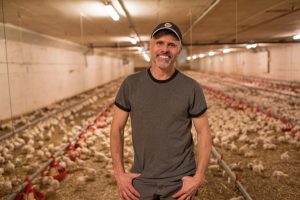 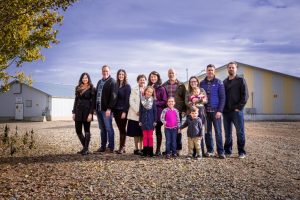 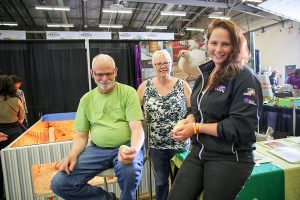 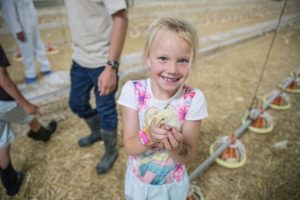 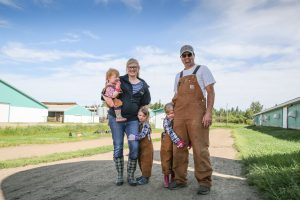 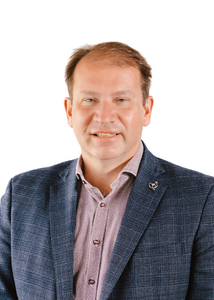 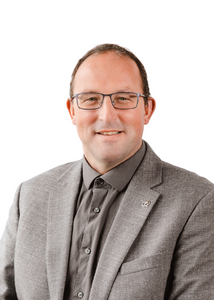 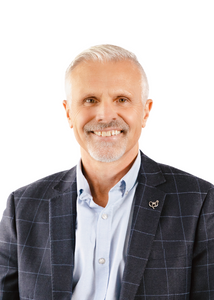 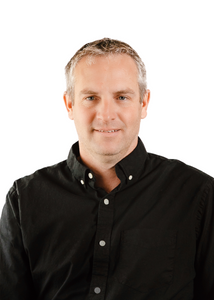 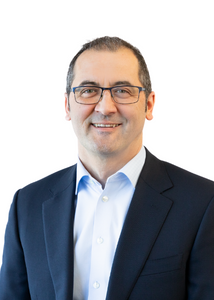 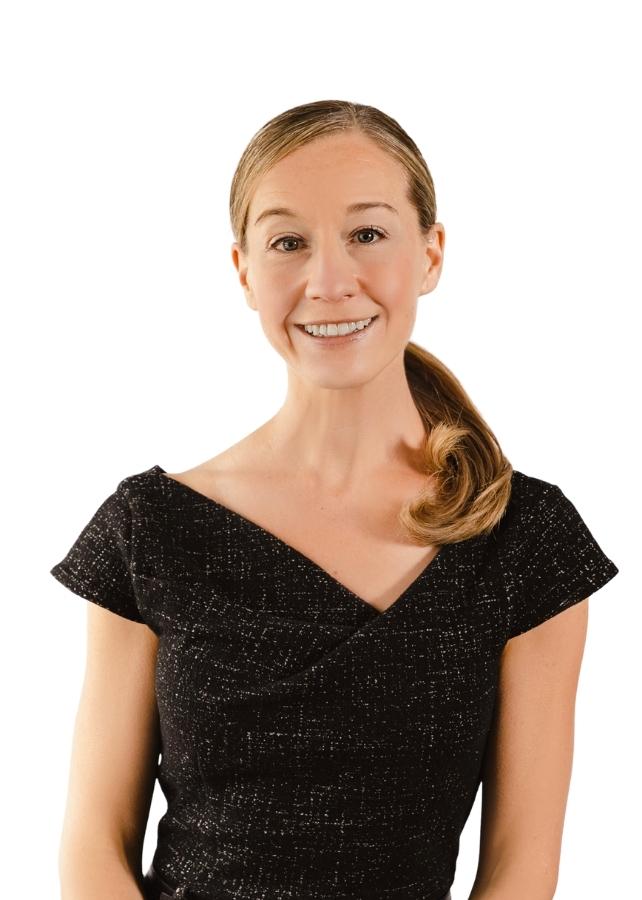 Karen oversees operations and serves the Board of Directors. She implements and administers the Board’s Regulations and Policies, and executes the strategic priorities of the Board. She conducts regular coaching sessions with staff and serves as a public liaison.

Karen performs statistical analysis, oversees the Grower Program, updates and communicates market information, prepares reports to support the Board and Committees, and liaises with the market information team at Chicken Farmers of Canada.

Rob oversees our team of field Auditors and coordinates the On-Farm Food Safety and Animal Care Programs. He serves as data management coordinator for the Emergency Response Team, and is coordinator of the Research Committee.

Vera manages all personnel and office requirements; provides support to the Executive Director; and oversees the administration of Board meetings and documentation. She also serves as coordinator of the Alberta Poultry Industry Emergency Management Team, and represents our organization on the Condo Board.

The Administrative & Logistics Coordinator contributes to the efficiency of the day-to-day operations of the Alberta Chicken Producers office, supports the work of the Management Team, Staff, Board Directors; and, supports the public-facing communications and interactions of ACP as directed. She is the voice you hear when calling ACP’s main office line.

Laurie is our primary contact for producers. She updates and maintains the Grower Program, processes quota lease and reallocation (sale) requests, and manages weekly reports for Marketing and Placements by working with producers, hatcheries, and processors.

The Bookkeeper provides professional accounting services to Alberta Chicken Producers and is a contract position.

Due to the sensitive nature of this position, it is imperative that this individual respect and protect the confidentiality of all files of this office, and any information specific to individual staff and Board Directors. The Bookkeeper must also act in accordance with the Alberta Chicken Producers’ Guidelines for Conduct, including the Indemnity Agreement and the Confidentiality Policy and Agreement.”

Maria is an experienced marketer, communicator and, story teller with a demonstrated history of working in agriculture and media. Maria is skilled in photography, strategic planning, video production, advertising, and project management.

If you require assistance with registration please contact Ashley Ward, Administrative and Logistics Coordinator at Award@chicken.ab.ca​ or 780-438-0291.

If you are a Producer, for further meeting documentation please visit the Producers' Only Portal.

Please see below a formal invitation and the agenda for the Alberta Chicken Producers' 2021 Fall Regional Meeting. Please note that registration is required.
If you require assistance with registration please contact Ashley Ward, Administrative and Logistics Coordinator at Award@chicken.ab.ca​ or 780-438-0291.

Serve Alberta’s chicken producers by collaborating with key stakeholders to: 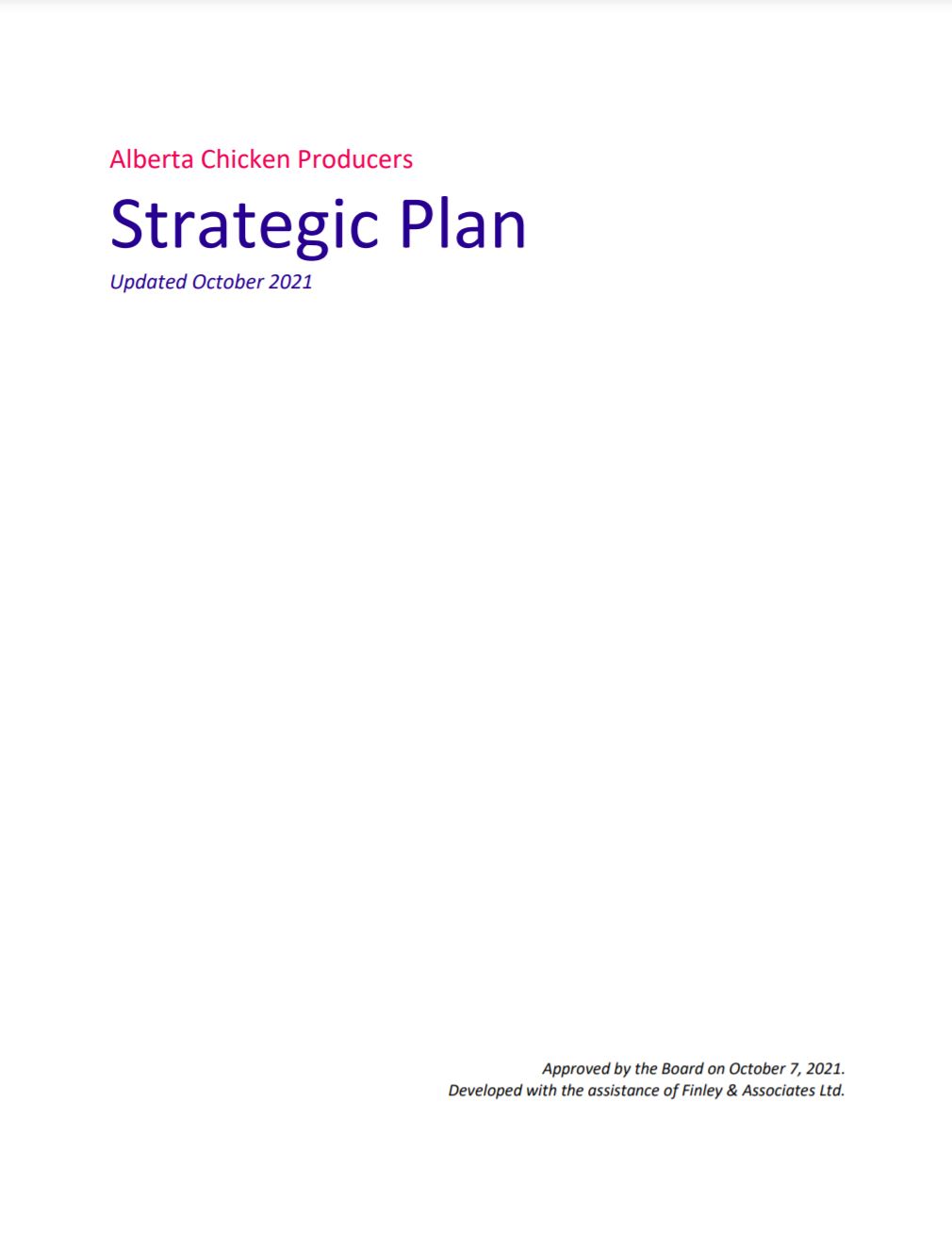 Working closely with our industry partners, we can adapt to changes in the market and address industry issues efficiently and effectively.

Alberta’s poultry industry has taken a lead in developing a comprehensive Emergency Response Plan. Each registered chicken Producer in Alberta has a copy of the Plan, and the plan is tested through Table-Top exercises annually.

Biosecurity is a mandatory component of the On-Farm Food Safety program, and best-practices are incorporated into our Producer Emergency Preparedness Plan. 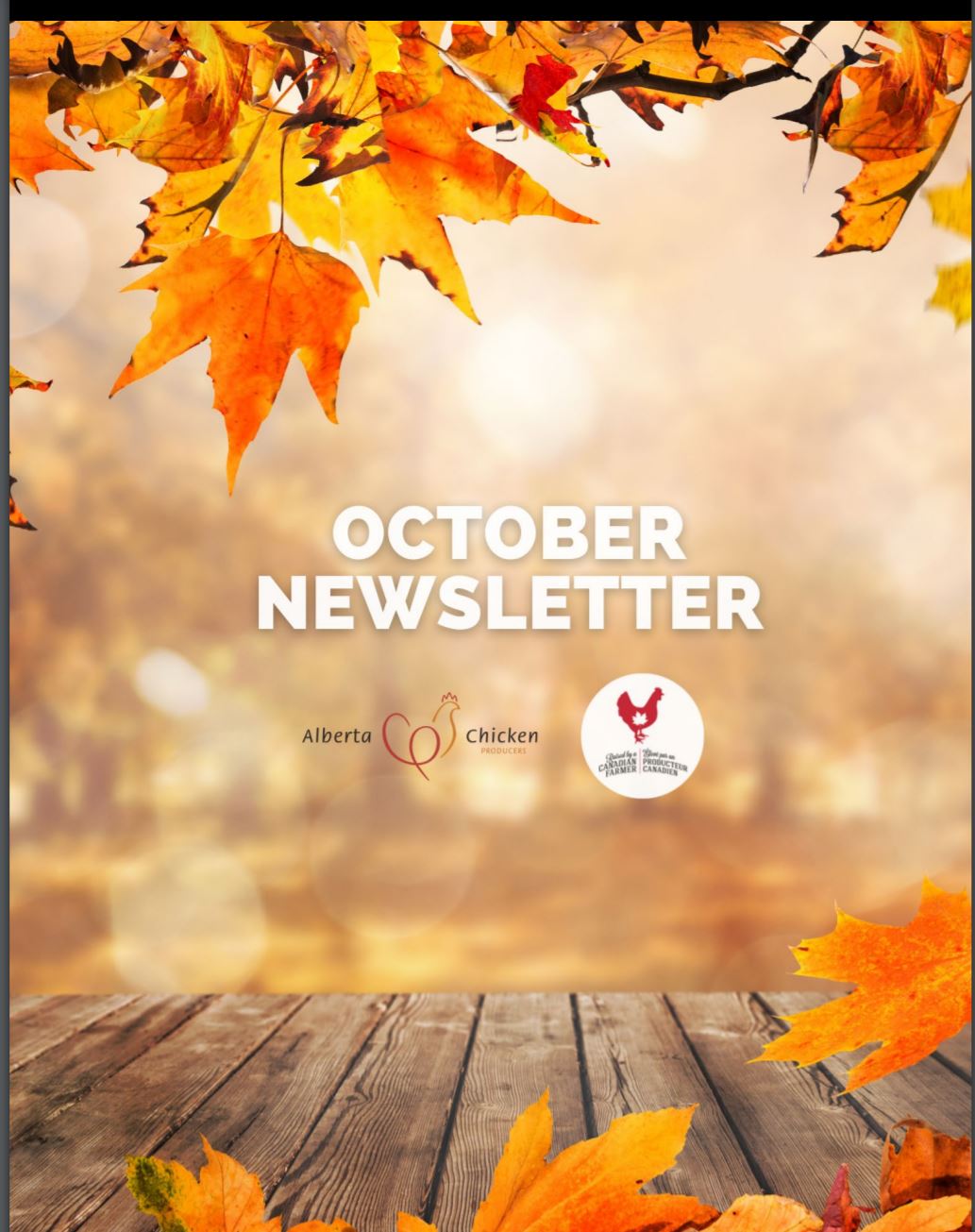 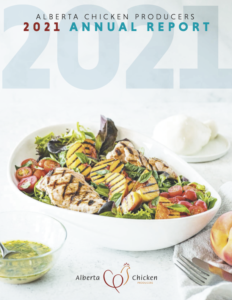 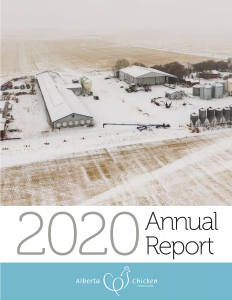 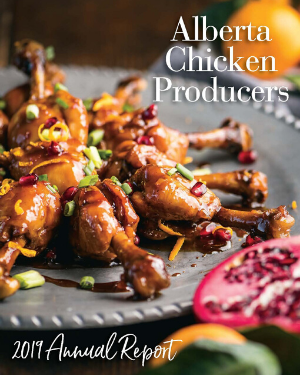 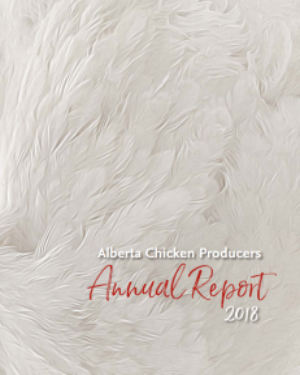 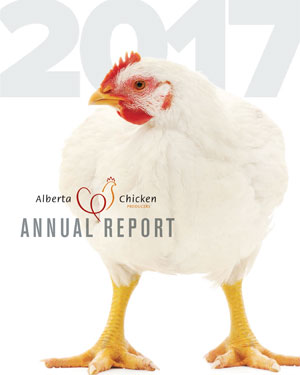 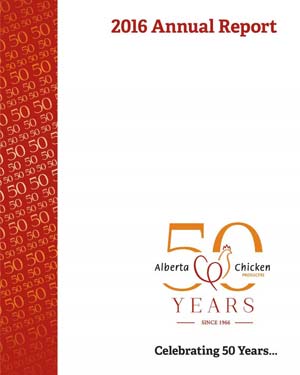 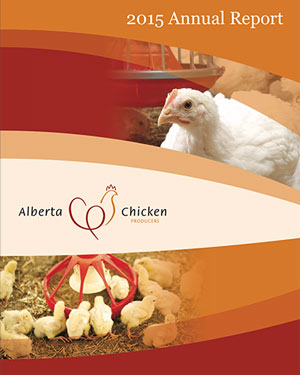 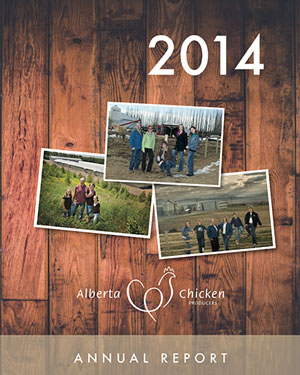 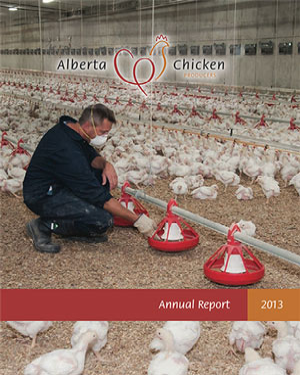 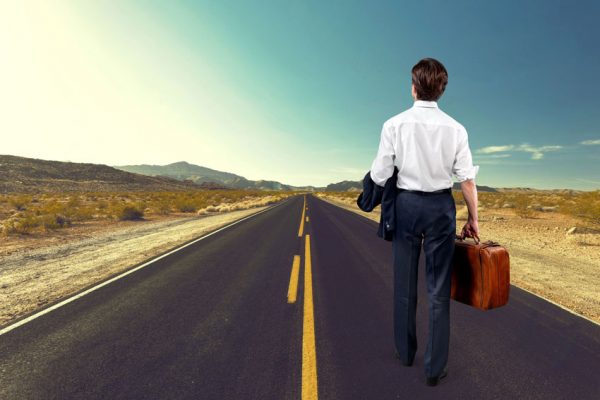 There are currently no job postings available.

Connect with us on LinkedIn