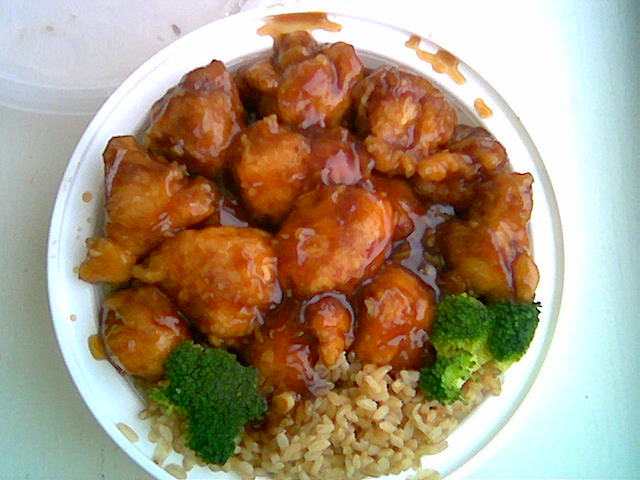 Print
Prep time
25 mins
Cook time
25 mins
Total time
50 mins
A genuinely mouthwatering dish with an Asian kick that will knock your chopsticks off! Don't be fooled by other General Tsao impostors: this is simply the best Chinese chicken you will ever have. With a flair of peanut oil, a streak of sesame, a dash of orange, and a sweet spot for hot, this is sure to be a favorite. Just don't forget to deep-fry twice! Serve with steamed broccoli and white rice.
Author: Alberta Chicken Producers
Recipe type: Main Dish
Cuisine: Asian
Serves: 6
Ingredients
Instructions
3.5.3229
Posted in International Flair and tagged Recipe
Almond Crusted Chicken with Cream Cheese Filling →