It’s difficult to sum up Tara DeVries’ involvement with the poultry industry. That said, one thing is certain – her passion for farming and for supporting agriculture is strong. 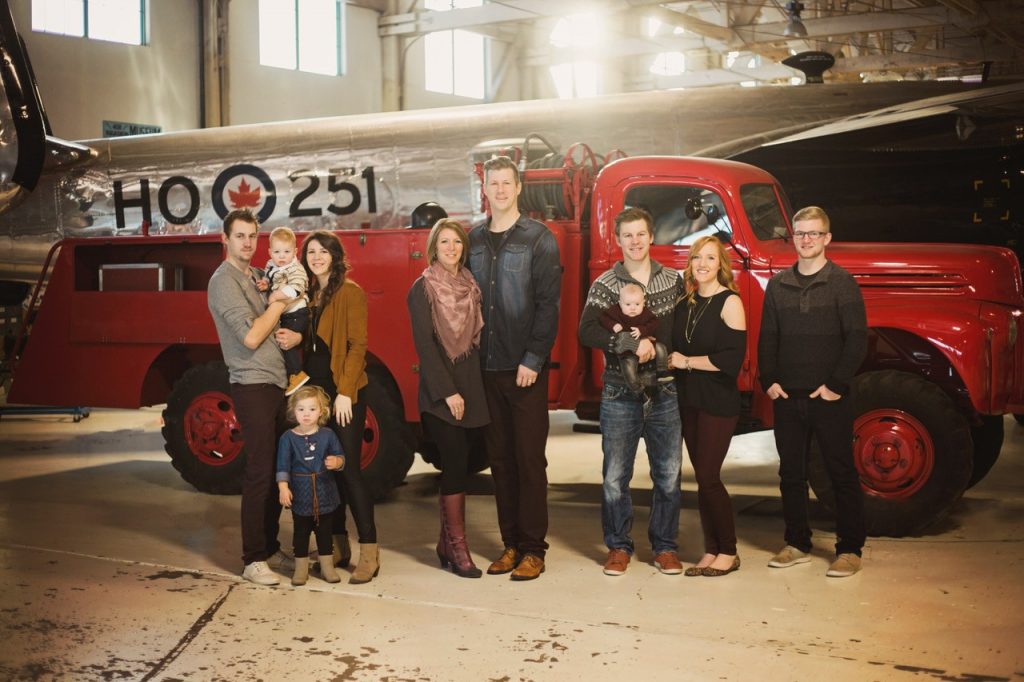 Growing up, Tara lived with her family near an urban golf course in B.C. DeVries met her first husband, a dairy farmer, in high school, igniting a fire inside her for agriculture that has never gone out.

Shortly after they married, the couple left to seek their fortunes in the wide-open prairies of southern Alberta. “Although we would love to have farmed right away, financially it was not possible so we took our savings and started a manure-hauling and highway trucking company,” she remembers.

In early 2000, they had an opportunity to try their hand at chicken farming when the owner of a poultry operation had to unexpectedly go back to Holland. The realtor involved knew they wanted to be part of the poultry industry and asked if they would be willing to manage the farm for a time. “We were so thankful for the opportunity to get our feet wet,” she says.

Just before shipping out their first flock, however, deVries’ husband was severely injured in a farm accident. She found herself not only a wife and mother to their three young children, but a nurse and farmer as well. “We had committed to three cycles and, with help from friends, we fulfilled our commitment,” she says proudly. “Then, the new owners of the farm arrived and I was now teaching them. It was an emotional day when we realized we had to step away from something we had begun to love.”

In 2005, the couple was able to purchase a poultry farm in Coaldale, Alta. “We were so excited to be back at it!” she remembers. “As the years progressed, we built up a feedlot. I managed the poultry and, together, we managed the cattle and land.”

In 2009, tragedy struck. DeVries’ husband took ill, and by 2011, had died of cancer. It was only with the support of family, her local church and her farming neighbours that she was able to keep her family and her farm going. “Although the months after his passing were sometimes quite overwhelming, I was committed to running a successful operation,” she says.

“I learned more in those months about mechanics and furnaces, inlets and actuators, bearings and motors than I had ever known before. The feed salesman and local livestock service company were the top two numbers on my phone’s favourite list. They and others were always willing to come to my aid when I couldn’t find my own way through a problem.”

DeVries married again, and her new husband’s clients were all in Edmonton. So when a farm became available in the area, they purchased it with the intent of moving there after her youngest child graduated high school. It was a great fit, as her two older children had settled there with grandchildren already born, and her youngest deciding after his graduation that he wanted to move to B.C.

DeVries and her husband now farm 58,000 birds in three barns on the farm’s 25 acres. “I know this farm has been here for many years, alternating between turkeys and chickens,” she relates. “It’s about a 40-minute drive to Edmonton, and 15 of our acres are cropped by a neighbouring dairy farmer.”

DeVries and her husband – who is a graphic designer with a full-time career in his field, but also helps out daily in the barn – have upgraded almost everything. “Some of the bigger changes were adding computer systems in each barn, replacing furnaces and exhaust fans, and adding stir fans to be able to create a better environment for the birds,” she says. “It’s important to me that I am able to monitor what is happening inside the barns when I am not there.”

It’s also important to deVries and her husband that their children get a post-secondary education or trade outside of farming, and while both their older son and son-in-law are apprenticing in the electrical trade, they also help out at their parents’ farm with weekend chores, barn clean-outs and maintenance. “Words can’t describe how wonderful it is to work together as a family on our farm,” she says.

Ag-vocacy
For 10 years while on the Coaldale farm, deVries had hosted a farm tour for second-year agriculture students from Lethbridge College. But at the new farm near Edmonton, she hadn’t done any tours at that point.

“One day a senior lady from our church mentioned she knew where we lived because she had driven through our farm,” she remembers. “At first the alarm bells went off, but then I got to thinking maybe she was just curious. I think it’s important to be transparent in our industry, so I thought what better way to educate people on where their food comes from than a farm tour.”

DeVries started the day by serving 10 lovely senior ladies pastries and coffee and talking about the farm. “And then we headed to the barn to put on our coveralls and booties and have a look at the chickens,” she remembers. “They were so excited! They absorbed everything that I shared with them and when it was time to leave, they really didn’t want to.” Two days later, deVries got a text from a woman from another seniors’ group, requesting a tour. And so, she began regularly hosting tours.

DeVries has also hosted the Alberta Chicken Producers (ACP) booth at Aggie Days in both Lethbridge and Calgary and found it very enlightening. “I was naive when I thought everyone knows what a farmer does!” she says. “It was so good to be able to share our industry with everyone that came through both young and old.” Most recently in terms of advocacy volunteering, deVries worked alongside ACP staff at a three-day Amazing Agriculture event in Edmonton, where 1,500 grade four students learned about where their food comes from.

Transparency is a must, in her view. “There are widespread misconceptions of our farming practices in all sectors of agriculture and this places a lot of pressure on farmers,” she notes. “A recent consumer study conducted for the Alberta chicken industry, for instance, revealed that a vast majority of consumers believe that chicken in Canada is raised with hormones and steroids – both of which have been banned in Canada for over 50 years! The study also revealed that most consumers cannot differentiate between hormones and antibiotics.”

She believes that while many farmers are uncomfortable with social media and other forms of public communication, there are other ways every farmer can do his or her part. She says it’s been “an incredible experience” to see how the act of hosting a farm tour or participating in a trade show immediately transforms perceptions of farming.

In the fall of 2017, deVries hopes to join the Classroom Agriculture Program and attend more ACP seminars. She eventually would like to serve on the ACP board.

DeVries sees a current industry challenge to be the possibility of allowing more imports into the Canadian market. “Canadian farmers are local farmers and they have been providing safe, high-quality food to Canadians for years,” the producer notes.

“I know this because I grow chicken under audited, mandatory Animal Care and On Farm Food Safety Assurance Programs. Being audited every year by a third party means that I and all chicken farmers across Canada are accountable for our practices.”

She believes opening up the markets to more imports will also undoubtedly place the livelihood of Canadian farming families at a great risk as well as compromise the supply of fresh, Canadian grown-products for consumers.

“I’m proud to be a Canadian farmer and to be able to pass a strong and sustainable profession onto future generations,” she says. “We as farmers, along with all members of the supply chain, have a responsibility to tell our story and do our best to ensure Canadians understand how and why we do what we do and what’s at stake. If we don’t tell our story, others will.”

Article courtesy of Canadian Poultry Magazine - July 2017 Who's Who Edition

Back to on the farm
Scroll To Top